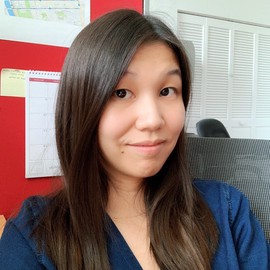 Resources for the Future

I am an applied microeconomist and Fellow at Resources for the Future. My current research focuses on issues of natural disaster risk management and climate adaptation. In ongoing projects, I investigate how flood risk and the design of flood insurance program affect housing markets, the mortgage system, and location decisions of households with different demographics. I have also studied the impacts of disasters on local government budgets, housing markets, and demographic changes. In a secondary research agenda, I examine consumer behavior regarding the adoption of clean technology in the electricity and transportation sector.

I am also a research fellow at the Wharton Risk Center, where I conducted my postdoctoral research during 2019-21. Before that, I earned my Ph.D. in economic from UC San Diego in 2019.


“Weather and the Decision to Go Solar: Evidence on Costly Cancellations” Journal of the Association of Environmental and Resource Economists, no.1 (January 2020): 1-33.
– Manuscript, Online Appendix

Millions of homeowners are exposed to increasing financial risk from natural disasters. Yet, many households are uninsured against the costliest disaster: flooding. We show that low home equity is an important driver of low flood insurance take-up. To isolate the causal effect of home equity on flood insurance demand, we exploit price changes over the housing boom and bust. Insurance take-up follows house price dynamics closely, with a home price elasticity around 0.3. Multiple mechanism tests suggest that mortgage default acts as implicit disaster insurance. As a result, households do not fully internalize their disaster risk.


“Extreme Weather and the Politics of Climate Change: a Study of Campaign Contributions and Elections” (with Pablo Ruiz Junco)
– Current version: September 2021. Accepted at Journal of Environmental Economics and Management.

In this paper, we study how extreme weather and natural disasters affect political outcomes such as campaign contributions and elections. Weather events associated with climate change may influence these outcomes by leading voters to re-evaluate the incumbent politician’s environmental position. In a short-run analysis, we find that the number of online contributions to the Democratic Party increases in response to higher weekly temperature, and that the effect is stronger in counties with more anti-environment incumbent politicians. In a medium-run analysis we find evidence that, when a natural disaster strikes, the election becomes more competitive if the incumbent has a more anti-environment stance: total campaign contributions increase for both candidates but skewed towards the challenger, the race is more likely to be contested, and the incumbent is less likely to be re-elected. These results suggest that extreme weather events carry a moderate electoral penalty for anti-environment incumbents during 1990-2012, which has eroded but not fundamentally changed the large electoral advantage they enjoy. This mechanism will play a more important role as the public awareness of climate change continues to increase.


“The Fiscal Impacts of Wildfires on California Municipalities” (with Carolyn Kousky)
– Current version: September 2021. Conditionally accepted at Journal of the Association of Environmental and Resource Economists.
– Also on SSRN

This paper provides some of the first empirical estimates of the impact of natural disasters on the subcomponents of municipal budgets. We combine detailed municipal financial data from 1990-2015 with data on historical wildfire perimeters in California. We find that wildfires increase both revenues and expenditures. Sales taxes temporarily increase. Property taxes increase to a permanently higher level; this appears due to California law that limits reassessments of property until time of sale. Wildfires also cause a long-term increase in local spending on community development and public safety. The overall impact of wildfires on municipal budgets is negative and substantial. That said, in comparison to the spending by state and federal governments on wildfire suppression and response, municipalities are surprisingly insulated from the costs of wildfires.

This paper examines the impacts of hurricanes on the housing market and the associated implications for local population turnover. We directly characterize equilibrium dynamics in the housing market using micro-level estimates. For this purpose, we assemble a comprehensive dataset by combining housing transactions, parcel tax assessments, and hurricane history in Florida during 2000-2016. Our results show that hurricanes cause an increase in equilibrium prices and a concurrent decrease in the probability of transaction for homes in affected areas, both lasting up to three years. Together, these dynamics imply a negative transitory shock to the housing supply as a consequence of the hurricane. Furthermore, we match buyer characteristics from mortgage applicationsto provide the first buyer-level evidence on population turnover. We find that incoming homeowners in this period have higher incomes, leading to an overall shift in thelocal economic profile toward higher-income groups. Our findings suggest that market responses to destructive natural disasters can lead to uneven and lasting demographicchanges in affected communities, even with a full recovery in physical capital.


Studying the Impacts of Environmental Amenities and Hazards with Nationwide Property Data: Best Data Practices for Interpretable and Reproducible Analyses (with Christoph Nolte and others)
– Current version: August 2021. In submission.

Access to rich, nationwide property data has catalyzed rapid empirical work concerning land use choices in several fields of inquiry, including environmental economics, urban geography, and conservation biology. When data on property transactions and assessments are provided in its original or only partially pre-processed state, the accuracy, reliability, and generalizability of findings can be improved with a series of cleaning procedures and quality checks. We discuss issues inherent in using increasingly popular, nationwide data to perform econometric analyses and propose best practices for data preparation by example of ZTRAX, a U.S.-wide real estate database available to academics, non-profit, and government researchers between 2016 and 2023. We cover (1) the identification of arms-length sales, (2) the geo-location of parcels and buildings, (3) temporal linkages between transaction, assessor, and parcel data, (4) the identification of property types, such as single-family homes and vacant lands, and (5) dealing with missing or mismeasured data for standard housing attributes. We provide supplementary maps, filtering tables, and algorithmic descriptions to help analysts check and document their choices, improve the quality of ongoing and planned research, and help readers better understand the scope, reliability, and generalizability of findings and data products.


“Flood Risk Mapping: Is There a Blue-Lining Effect?"